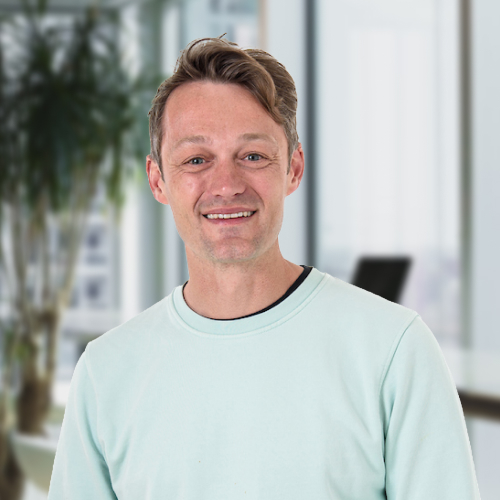 Leading your startup through a crisis

It’s fair to say there are few startups as heavily impacted by the nationwide shutdown of UK schools as Forward portfolio company Koru Kids.

Founded by Rachel Carrell back in 2016, the London-based startup recruits, trains, matches and manages after-school nannies. No school meant no requirement for after school nannies, which in turn meant demand for their product - at least in its current iteration - disappeared overnight. “The mainstay of our business is after school nannies. If school is no longer in session, then the nanny product we currently offer doesn’t need to exist anymore.”

There was a very uncertain policy environment. We had 1,000’s of nannies, many of whom wanted to work but did not because they were in lockdown. (Turns out nannies were allowed to work but the guidance was very unclear) Simultaneously to this, we had a major childcare crisis on our hands with parents being expected to work from home and look after their children at the same time.

Speed is a founding principle in the world of building startups. In the face of an event that shatters the status quo in a blink of an eye, there’s arguably never been a more fitting time to be able to think (and act) on your feet. And that’s exactly what Rachel and her team did.

In the face of crisis, Rachel and her team were able to accelerate their product to deliver an around-the-clock nanny service, instead of just focusing on after-school services. In addition, they launched a virtual nanny service for existing customers, developed and delivered their first B2B proposition for NHS trusts, as well as training up medical students to look after the children of NHS workers.

Facebook’s developer motto was famously ‘Move fast, Break things’, but our collective appetite for broken things - be it toxic cultures or unprofitable business models - is fast reducing. Rachel moved fast, but did so with an admirable amount of precision, dedication to their mission, and team alignment. (Interestingly enough, Facebook’s motto was later changed to ‘MoveFast, With Stable Infrastructure.’)

Here’s a play by play of how they did it, in conversation with the CEO and Founder of Koru Kids, Rachel Carrell.

After this, we did a workshop with the entire product team and asked:

·     What is the product that would need to exist in each of these scenarios?

·     What would operationally need to be in place to build this product?

And this is how we started influencing the product roadmap a month or two before the lockdown actually happened.

The final question they explored as a team in the early stages was designed to help them identify any ‘no regrets moves’. Rachel describes this as “things we could bring forward that would effectively deal with a scenario but also still be useful if the scenario doesn’t come to pass”.

One of Koru Kids ‘no regrets’ moves was to expand beyond after school care, and cater to wider childcare needs by offering a work-from-home and live-in nanny service.

The power of starting the conversation internally so early, was that the wider team was in the right frame of mind to prepare for potential disruption.

Going through this exercise meant that it was already in the team’s minds and they were thinking about it. So when we decided to really explore a new product - virtually nannying - the team was already primed.

Venturing into virtual nannying was unchartered territory and needed further exploration. Although they wouldn’t be starting from 0 -benefitting from the expertise and knowledge acquired from the core business -there are a myriad of assumptions that would need to hold true for virtual nannying to be a success. It’s a fundamentally new proposition, after all.

Their first port of call was to validate their internal capability to deliver the product, and whether there would be demand for it.

“We acknowledged that there are some fundamental questions we’d need to ask before we do this. Do parents want it? Are nannies willing to do it? Is it something that is actually possible? Can you nanny kids over zoom? We did some quick surveys with parents and nannies and found that enough of a percentage of each group was willing to do it. And then it was into, OK, can we operationally deliver this? To figure this out we started doing some experiments using our own staff. Within the team, we have people who used to be nannies and people who have kids.”

After running tests, the team concluded that even though it was possible and parents were interested in it, it would be a “poorer substitute in a time of crisis”, and parents would always choose in-person nannying if it was available. “We think this is only a coronavirus product, and that it’ll only have a life until September at best. Given we’re not building a company for the next 5 months, but for the next 5 years, this is a product with temporary utility.”

Most importantly, virtual nannying was identified not as a tool to acquire new customers, but rather as a means to keep existing customers happy.

We were tripling down on supporting our current customers throughout this. This required some engineering changes. We have a really amazing payroll app - our customers love it - and we added a button so that when you report your hours, you can report whether you did it virtually or in person.”

A culture that is open to change

In addition to expanding their existing product offering, and rolling out the virtual nannying product to existing customers, Rachel also launched a B2B proposition for NHS workers. “We’d never had a B2B proposition, so we had to rapidly create one. It’s been very successful so far, and a lot of NHS trusts have publicized it to their doctors.”

All of this in the space of just a couple of weeks is enough to cause kinks at the most well-oiled of startups. Rachel maintains that their ability to keep performing as a team came down to over communication, and extreme clarity on their mission.

“We had extreme clarity about our mission. Everyone at Koru Kids is very willing to pull together and do something to achieve the mission. Suddenly getting used to a new direction or suddenly revising plans is cool and exciting to them. It's not devastating.”

But Rachel warns that founders should only pull the ‘shift strategy’ card when absolutely necessary. “This also assumes you don’t have a history of constantly changing focus and direction. If not, people are quite willing to go with a sudden rapid change, once. If it’s very clear why - in this case an unpredictable macro event - and it’s very clear that it is related to the mission, and it’s done in a way that is transparent. The problem comes when nothing externally has changed but internally you have suddenly changed your mind. Again this might be OK once, but when it happens repeatedly, people don’t know what’s going on, and people don’t have an ability to plan”

Also, we made sure to over-communicate. We’re very transparent and we’re all about giving people maximum context and really treating people like the intelligent adults that they are. This was especially important because like everyone else we were also transitioning to being a remote team. My favourite way of communicating is through voice notes. They are usually about 10 minutes long, and the feedback has been great. The team actually ask me to do one if I go too long without doing one!

The key to navigating extreme change?

The most delicate balance was ensuring that any ‘crisis’ activity didn’t take resources away from the core business.

We worried about this a lot. I spoke to my board, took advice and obsessively watched the news. I was obsessively trying to get as much data as I could. But of course, no one truly knows the impact of this thing, and there isn’t any data in the world you can look at that is going to tell you. So I gathered as much data as I could and made a decision.Eventually, you just have to make some planning assumptions, and decide.”

And that’s exactly what this process that Koru Kids went through boils down to. A series of well-researched decisions, supported by transparent leadership, clarity on their mission, and ultimately an unwavering commitment to deliver value to their existing customers.

Jared has spent his career building great customer experiences. He's started up. Sold. Built new things, including a newspaper. A robot dog. An omni-directional wheelchair. The most visible screen in London. And for a time, the world's biggest picture. Before Forward he led marketing and growth for Marketplace business Plentific, helping them to pivot, scale their business across Europe and raise a $30m round.